We have assembled and curated about 200 works of art created over seven decades by William Clark Vreeland. These works have been assembled into a Centennial Exhibition that opened on 20 February 2016, which is the 100th anniversary of his birth in 1916. Works include oils, watercolors, acrylics, wood and stone sculpture, and charcoal and pencil sketches. Several murals he created, beginning with his time in high school Mural class, will be exhibited. An extensive collection of art from his Naval service in the South Pacific will also be shown, including many sketches and drawings done during the war. Collections of his calligraphy and serigraphy from the 42 years he worked at the Metropolitan Museum of Art in New York City will be included. This Centennial Exhibition is an exciting retrospective of artifacts from a life well lived. Click on the arrow below to enter the exhibition gallery. The exhibition is best viewed using the Google Chrome browser. For an introduction to the exhibition click the small arrow at the upper left of the gallery menu. 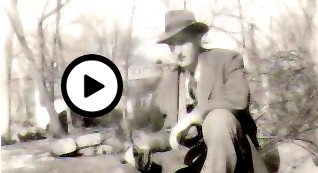